The wars that followed the dissolution of Yugoslavia in the 1990s are often observed in isolation from the global context of armed conflicts. The recent book by Mila Dragojević, Amoral Communities: Collective Crime in the Time of War, brings the war in Croatia in connection with other armed conflicts, deepening our understanding of violence against civilians at a local level.

In her book, Dragojević, Associate Professor in Politics at the University of the South, Sewanee, explores the war in Croatia in the 1990s, making a cross-national comparison with the local-level violence in Uganda and Guatemala in the 1980s. A wider geographical scope is further complemented with the comparison within Croatia, as there was a significant variation between regions. The reason for exploring these vastly different countries in terms of national, historical and cultural factors is that they all have wartime violence targeting civilians in common. In all three countries, one or both of the sides of the armed conflict systematically targeted not only the adversary army but also civilians of certain groups or in certain geographic areas under the justification that they represented a threat to the nation-body, as conceived by the group aiming to gain or preserve the dominance in the state.

„Fieldwork and interviews are an essential component of this work“, says Dragojević, thanking her colleagues and research assistants for support. The research the book is grounded on is not so much about what happened, when and how something happened but more about people’s interpretations and how they understood the conditions leading up to violence. The fact that the numerous interviews in Croatia, Uganda and Guatemala took place after some time had passed since the conflict, and not in the immediate post-conflict period, allowed the respondents to reflect and analyse what had happened to them.

She talks about her respondents as very courageous: “It’s very challenging to conduct research on this topic for many reasons and one of the main reasons is that this is obviously a very painful topic for people who experienced war and first-hand violence so many of them really don’t wish to go back and remember some of these difficult moments and some of them frankly do not trust people coming from outside and asking these very sensitive questions. So, it took a long time to establish trust and to show that this research was about really understanding what happened”.

The book shows the respondents as teachers, rather than subjects of research. They are “our teachers of what we can learn about what factors can lead to the escalation of conflict and eventual violence and understand really what people went through”.

What are amoral communities?

An essential aspect for understanding amoral communities is the emergence of obligation to choose sides. “Amoral community doesn’t apply to a country as a whole or a nation as a whole, but to a particular region, a particular time and place within a country where individuals are not free to express themselves or act on the basis of their personal views if those views do not align with the dominant political views or narratives that have been imposed”, Dragojević explains.

In amoral communities, violence becomes justified by authorities as a form of the pre-emptive security or defence against perceived threats. These threats are to the existence of one’s ethnically defined state, seen as an extension of one’s own life and this is where the idea of amoral community links to the imagined communities of Benedict Anderson.

Collective crimes that become possible in amoral communities target individuals and their immediate social and cultural environment on the basis of newly created identities that combine ethnic and political components – political ethnicities.

How do amoral communities emerge in some local communities and why not in others? There are several processes that take place. What we already know from the field of nationalism studies is that political leaders engage in nationalist political mobilisation which links political and ethnic identity. “Where my book adds something a little more specified is how the national level discourse then maps onto the local level divisions, how these local level divisions actually happen”, Mila says in our conversation. While ethnicisation process begins from the top, there have to be two additional conditions at the local level: the exclusion of moderates from the political and social space through violence, threats and social ostracism and the production of borders, meaning physical separation of the population through barricades and checkpoints and later through wartime division lines and even state borders. Exclusion of moderates and production of borders make it possible for amoral communities to emerge.

Violence against civilians as a political strategy

Collective crimes are not irrational acts, they are part of a political, rather than a military strategy, regardless of how the actual perpetrators understand the violence against civilians in amoral communities. The violence happens after the military control over the territory is attained and when the civilians no longer represent a realistic threat.

Mass violence usually occurs at the beginning of the war or while political control is being established. Once it is established, only those who are seen as political or ethnical enemies are targeted. The massacres that take place after military control has already been established by the perpetrator, rather than during a battle or a military attack, would constitute the use of violence as a political strategy. 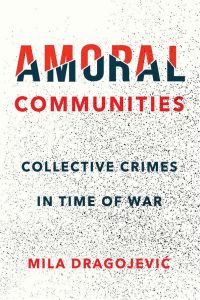 The role of memory of past waves of violence

Doing fieldwork in Croatia, Uganda and Guatemala, Dragojević asked her numerous respondents whether they think that past waves of violence matter for what happened later and if so, how. What she found was that the memory does not predetermine the future waves of violence. In other words, “future waves of violence are not inevitable just because there was violence from the past“. However, historical memory can be used as a tool of political mobilisation and collective memory plays an important role.

Memories matter in the sense that they belong to the repertoire of political discourse that leaders use but this discourse does not explain why violence happens in some places and not in others. Memory also does not explain why amoral communities form somewhere and do not form in other places. The reason it doesn’t explain it, as Dragojević elaborates on in our conversation, is because of the great variation in how respondents interpreted the past waves of violence. Even in places with extensive violence, some of the respondents said it had nothing to do with current waves. “This broad variation doesn’t lead us to make some kind of causal argument that this particular past leads to some future violence”, she explains.

“What does explain it then? And that’s where I turn back to local-level conditions. It is exactly when moderates are excluded and people are divided when using past in political mobilization seems to resonate more with people in these particular cases. Those are conditions that make it possible for memory to be a tool for political mobilisation“. 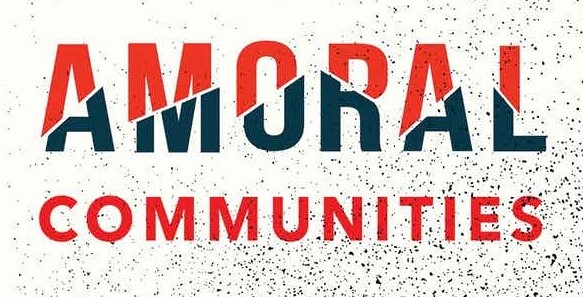 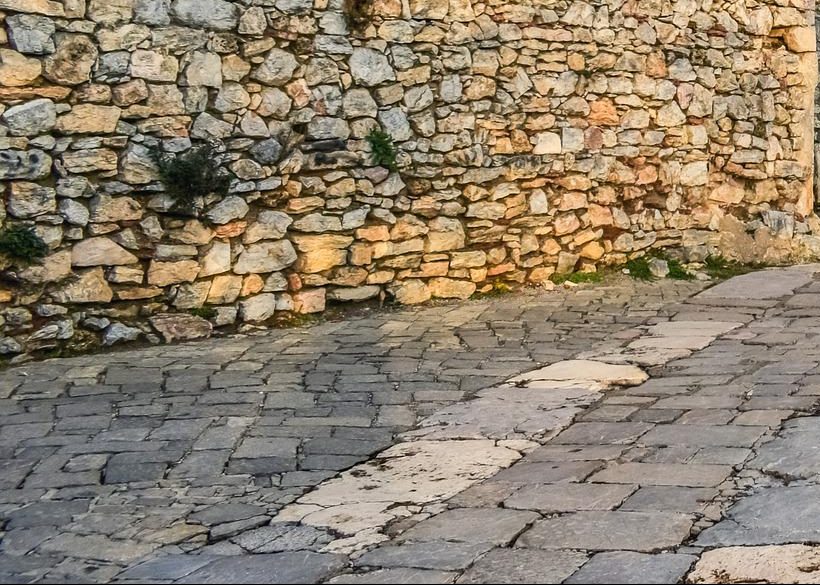