Recently, the Serbian public started a discussion about history textbooks, their content and significance for future generations. First, Minister of Internal Affairs Aleksandar Vulin urged the members of the National Assembly of the Republic of Serbia not to allow “others to write history for us” and that we should “write our textbooks, containing only our basic Serbian truths” in his speech on February 24. A few days later, the President of the Republic of Serbia, Aleksandar Vučić stated that he would propose to the Government of the Republic of Serbia that textbooks for the Serbian language, geography and history be written by the state. This initiative was also supported by the Minister of Education saying that it is “important that the contents of textbooks for subjects that are important to our national identity must be carefully selected and made available to the younger generations.” This initiative was subsequently extended to the Republic of Srpska when Aleksandar Vučić and Milorad Dodik jointly agreed that experts from the Republic of Srpska should also participate in writing textbooks for the Serbian language, history and geography for the territories of Serbia and the Republika Srpska. We will now wait and see what this initiative will look like in practice. Until then, to better understand what all this means for the future of history teaching, we must put these statements in the context of domestic legislation related to drafting and approving textbooks as well as the dominant trends in the study of history education.

Statements that urge that “textbooks should be written by the state” confuse anyone who understands the procedures for approving textbooks, to say the least. Based on these statements, one gets the impression that the content of textbooks depends on the will of the publisher. Before all, it is necessary to mention that textbooks are always written by experts in the field covered by the textbook; when it comes to history, this means scientists – historians or history teachers with experience.

Besides, the procedures for approving textbooks are defined in detail in the Law on Textbooks and include all state institutions in charge of the education sector. Namely, according to the current Law on Textbooks, publishing textbooks, as well as other teaching aids, can be done only by a public company as well as “an entrepreneur or other legal entity registered for publishing.” Textbook pluralism, the term used to denote the possibility of having textbooks of different publishers on the free market, has been in force in the Republic of Serbia since 2010. Before that, only the Institute for Textbooks and Teaching Aids could publish textbooks used in teaching. This certainly does not mean that the contents of textbooks depend exclusively on the author and the publisher. On the contrary, each textbook must be following the curriculum for the given subject. The Law on Textbooks further stipulates that each textbook must fall under the quality standards which are proposed by the Institute for the Improvement of Education, based on the opinion of the National Education Council, and finally adopted by the Minister of Education, Science and Technological Development. The law defines in detail the procedures that publishers must follow for the proposed textbook to be approved for use in schools in the Republic of Serbia’s territory. As part of this procedure, the publisher is obliged, among other things, to submit a study containing three expert evaluations of the quality of the textbook given by the publisher’s review committee along with the draft of the future textbook. The review committee consists of at least three experts in the field and must include at least one teacher. After that, an expert committee comprised of employees of the Institute for the Improvement of Education and Upbringing gives an expert assessment of the quality of the textbook and a proposal to accept or reject the request for approving the textbook. Only after this committee’s positive opinion will the Minister reach the final decision on accepting or rejecting a textbook. This brief overview of the Law on Textbooks shows that state institutions already have a high degree of control over the textbook approval process and, therefore, calls for greater control over textbooks do not make much sense. Assuming that representatives of institutions should be familiar with these legal procedures, it is easy to conclude that the statements about the state taking control of textbooks are an abuse of this topic for daily political purposes.

Statements about textbooks tell us a lot about the way decision-makers in Serbia today comprehend what the goals of history education should be. This is one of the central issues when it comes to teaching history. The goals of history teaching can be divided into romantic and enlightened[i]. The first, romantic, woven into the very origins of history teaching, were an unquestionable imperative until the mid-1970s, and in many societies, they still have that status today. Their essence is that students should adopt a positive image of the past, present and future of the group to which they belong, as well as a positive image of the political development of their country. In contrast, the essence of the enlightened goals of history teaching is to influence the development of citizens who can think critically and participate in society in an informed and effective way, including taking criticism of their local or national community as well as connecting the past with the present and future.

In most societies, there is tension between these two approaches, the need for formal education to encourage creating a common national identity on the one hand, and the need for students to be able to think critically on the other. During political conflicts, these goals inevitably become contradictory and the nationalist side wins[ii]. In post-conflict societies such as Serbia, there is an opportunity for formal education to begin to develop a critical observation of precisely those master narratives that have led to and sustained armed conflicts. In this way, new generations are allowed to overcome the divisions from the past, move towards a different view of these traumatic events and start building a different, peaceful future. Otherwise, by neglecting critical thinking within formal education, conflict narratives and the status quo are maintained. The call for MPs not to allow “foreign publishers to explain Kosovo and Srebrenica” is meaningless given the fact that, for example, an analysis of the content of lessons on the wars of the 1990s in high school history textbooks shows that the contents of textbooks itself are almost completely identical regardless of whether they are published by domestic or foreign publishers[iii]. In light of these analyses, the call to write “our own textbook, containing only our basic Serbian truths” raises the question of what would such a textbook contain, ie. what would be different from the textbooks currently in use. Numerous analyses of history textbook contents, both in Serbia and in other post-Yugoslav states, state the “obsession with the role of the victim, the inclusion of narratives in which one’s own nation is a victim, never an aggressor, and a display of constant conflict with neighbours while ignoring periods of peaceful coexistence.” A recent analysis of narratives about the wars of the 1990s in high school history textbooks[iv] has shown that they use different narrative mechanisms to create a specific image of the past. They do not explain the complex social and economic relations behind decisions to respond to conflict with violence, thus missing the opportunity to critically analyze the use of violence in political conflicts. Instead, violence is explained by nationalism on all sides, which appears as a landslide and inexplicably overwhelms the citizens. Such is the picture of wars in which we are always challenged to defend ourselves from others, so the violence committed by the members of our group was necessary and, therefore, justified. Concepts such as ethnic cleansing and war crimes are mentioned in these lessons, but significantly more space is given to our victims and their crimes, thus further creating the impression that we are the greatest victims, and others are by definition perpetrators.

All this tells us that the textbooks currently in use do much more to develop a positive image of one’s own group than to encourage critical thinking in students. What can we, then, expect from these new “state” history textbooks? Based on the statements that triggered this discussion, it seems that they would put additional emphasis on building a positive image of one’s own nation, at the expanse of the development of critical thinking. This approach is not only inconsistent with modern beliefs of the goals of history teaching and can be extremely dangerous in post-conflict societies, but is also opposite to The National War Crimes Prosecution Strategy which was adopted by the Republic of Serbia in 2016.

The contents of history textbooks always speak more about the time we live in and the visions of the future, than about the past they deal with. The fear remains that the announced changes can hardly lead to changes in understanding the past that burdens us. By neglecting critical reflection on the violent past, we are missing the opportunity for new generations to develop an understanding of the past through history teaching, which will be a useful guide for them to find their way into the democratic society of the future and build sustainable peace.

Rodoljub Jovanović is a PhD student in Conflict and Cultures of Peace at the University of Deusto, Bilbao (Spain). 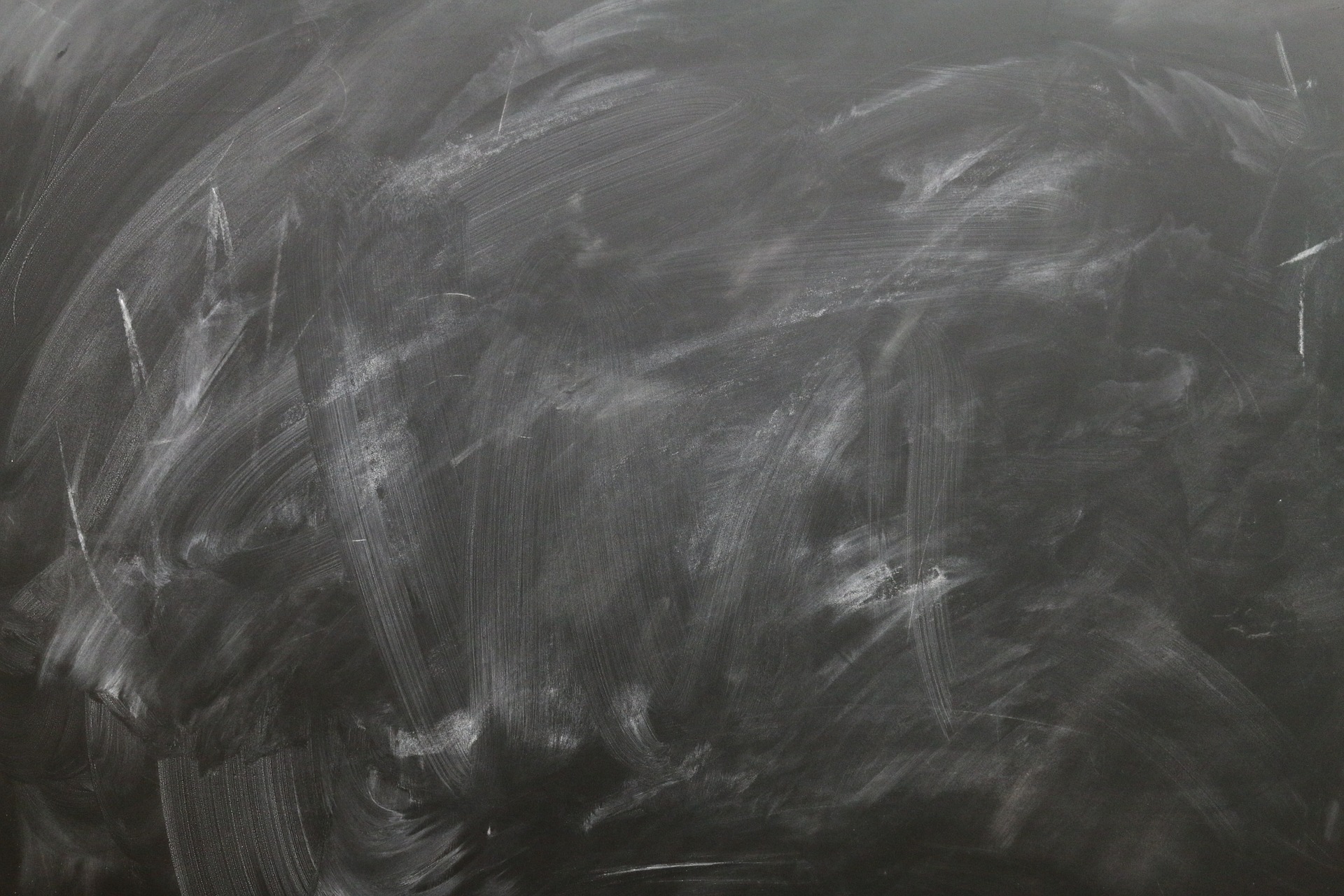