The monument to the founder of the Nemanjić dynasty has been the subject of numerous criticisms, both because of its astronomical price and its over-dimensioned size, the location and controversial aesthetics. In this short text, I would like to refer to yet another aspect of this monument that has not been a subject of interest so much so far, and that is the politics of memory that lies in its background. To that end, I want to make a few theoretical remarks first.

In his famous lecture at the Sorbonne University in 1882, Ernest Renan defined the nation as a “daily referendum” to live together, but also an agreement on what will be collectively remembered and what will be forgotten. As imaginary communities, to use the term by Benedict Anderson coined a hundred years later, all nations are based on the narrative of origin, of how they evolved through epic ups and downs and where they are now and where they are going. These narratives, as Yael Zerubavel observes, often have a three-part structure in which the golden age is followed by the dark one and the age of renewal. However, they are not given, but are the product of certain memory politics, which is a set of public choices of what will be collectively remembered and in which manner, and what will be forgotten. The memory politics is inevitably selective and it is always a reflection of dominant values with the function of legitimising the current political order. It can be formally articulated, and it is also possible to reconstruct it on the basis of commemorative practices.

What does the monument to Stefan Nemanja say about the memory politics that the regime of Aleksandar Vučić wants to promote? To begin with, it is important to say that the construction of this monument continues to nurture the memory of the Middle Ages that has been constitutive for the creation of the Serbian state since at the beginning of the 19th century. The memory of two centuries under the Nemanjić dynasty, from the enthronement of Stefan Nemanja in 1166 to the death of Uroš the Weak in 1371, and the interpretation of this period as the “golden age”, symbolically ended by the Kosovo catastrophe, followed by the “dark age” of the Ottoman rule, were the backbone of the memory politics that legitimised the rebuilding of the modern Serbian state. In the earlier research, I have dealt in detail with the question of how the memories of empires shaped the entry of new states on the European periphery into the Westphalian system of states. One of the conclusions is that the memories of the empire complicated, and in many ways still complicate, the entry of these states into the European society of states. The memory of the Battle of Kosovo is the best-known example for us, but it is certainly not the only one in the turbulent history of state-building in Eastern and Southeastern Europe.

The monument to Stefan Nemanja at the Sava Square in Belgrade shows an obvious effort to continue cultivating the myth of the golden age, but not through the persons associated with the Battle of Kosovo, such as Lazar or Obilić, or the expansionist policy of Emperor Dušan. What is interesting is that Stefan Nemanja is presented as the founder of the Serbian state, although there were dynasties and political communities that could be treated in the same way before the Nemanjić. In this way, the myth of the golden age is merged with the founding myth in the figure of one man, which further legitimises the grandeur of this monumental project. Interestingly, Stefan Nemanja is standing on a cracked Byzantine helmet with a raised sword in his hand, although he was originally supposed to hold a cross. As a reminder, Serbia did go to war with Byzantium, but it was also dynastically and culturally connected with it, and it received its religion and alphabet from it. The presentation of Stefan Nemanja with a raised sword on a broken Byzantine helmet can also be interpreted as a subtle evocation of an old fantasy about the Serbian translatio imperii, the restoration of the Serbian empire, present during the 19th century.

The idea to renew the Serbian empire on the ruins of the Ottoman Empire and thus finish what the Nemanjić started and Dušan almost achieved, as increasingly anachronistic, was abandoned in the name of creating a sovereign state after the “spring of the nations” in 1848. However, this fantasy, constitutive for the construction of the Serbian (and partly the Yugoslav) state later, today has a different function, and that is to transform into the hope of restoring the old glory, whatever that means. Vučić and his regime draw their legitimacy precisely from the promise that the period of humiliation is over and that, thanks to their state wisdom, the former power and reputation of the state will be restored. On a similar platform to “make _________ great again”, many other current national populists from Putin to Trump have seized power, not to go deeper into other historical analogies.

By chance or irony of fate, in order to erect a monument to Stefan Nemanja, the Monument to the Victims of the War and Defenders of the Homeland 1990-1999 was removed from the Sava Square. This invisible monument, apart from being placed in a dead city corner behind the bus station, did not particularly satisfy anyone with its rotten-compromised equating of victims and “defenders” of the homeland. In its place now comes the monumental Nemanja, which makes it clear what we as a society have to remember and what to forget. It also makes it clear that the period of the post-Yugoslav stigmatisation is over and that Serbia can once again stand upright with its new Vožd leading the way.

In short, the monument to Stefan Nemanja merges the “founding myth” and the “myth of the golden age” while minimising the space for interpretations, at home or abroad, which would perceive the monument as an explicit expression of expansionism or revisionism. This monument supports the image the regime tries to build about its rule as a “new golden age” in which the best is yet to come, and of President Vučić as a restorer of the Serbian greatness after decades of weakness. When the “new golden age” passes, we will be left with Stefan Nemanja, who, as innocent as a lamb, will permanently remind us of everything that was wrong about this regime. 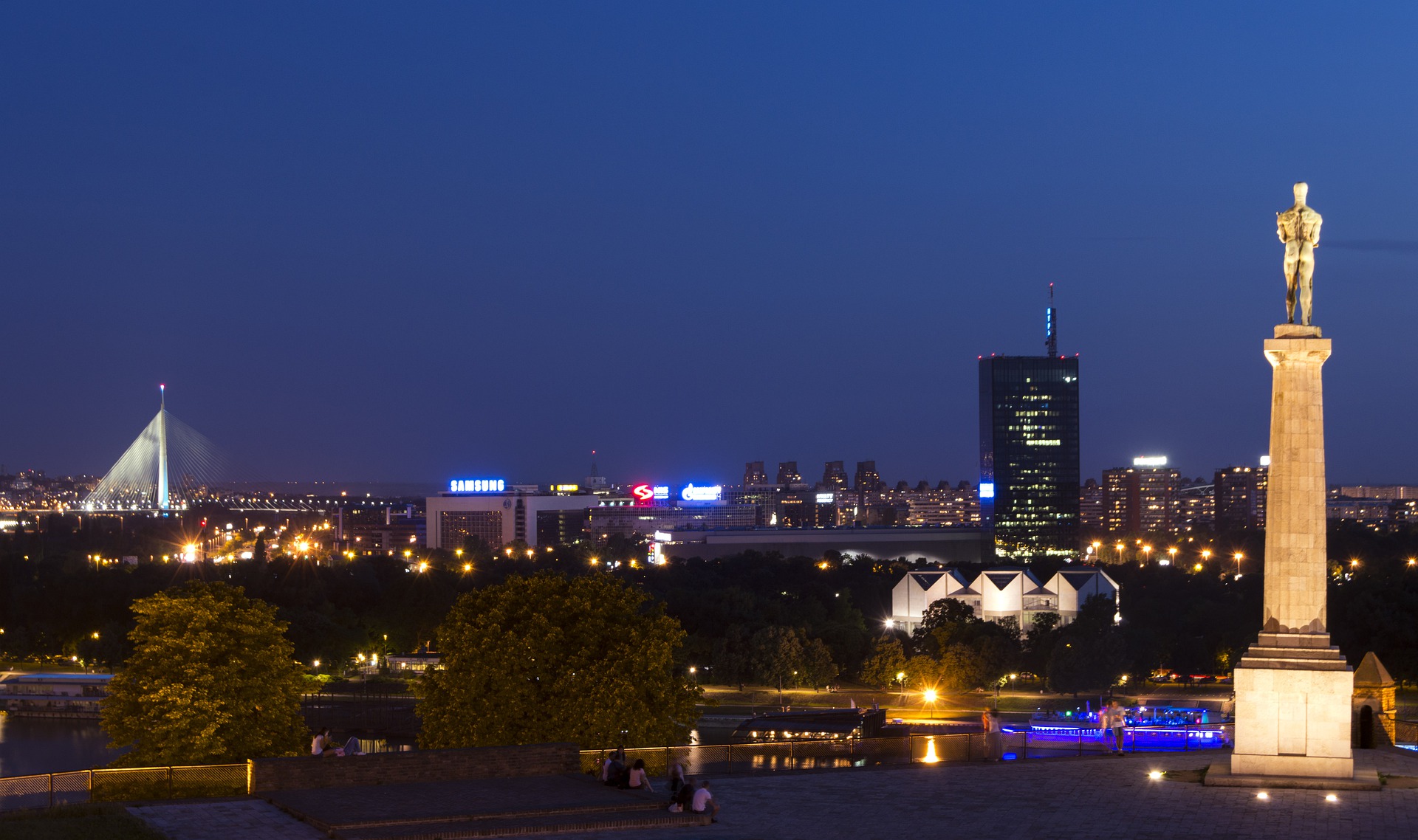